Associate Professor in the School of Social Work at Columbia University 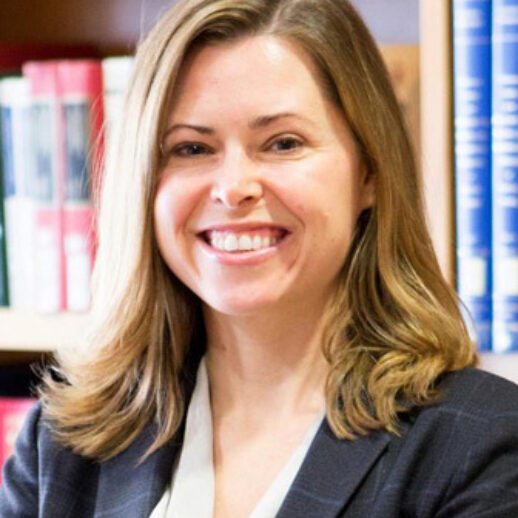 Heidi L. Allen, PhD is an Associate Professor in the School of Social Work at Columbia University, where she studies the impact of social policies, like Medicaid – America’s health insurance for the poor – on health and financial well-being. She is a former emergency department social worker and spent several years in state health policy, where she focused on health system redesign and public health insurance expansions. Dr. Allen was a lead investigator on the Oregon Health Insurance Experiment, where she oversaw primary data collection for mail surveys and in-person health screenings, qualitative interviews, and development of an administrative emergency department claims database.

Findings from her research have been published in high-impact journals such as Science, New England Journal of Medicine, Milbank Quarterly, and Health Affairs. She has received funding as a principal investigator from the National Institutes of Health (NIH), the Robert Wood Johnson Foundation, and the Russell Sage Foundation.

Dr. Allen is currently involved in a variety of research projects focused on social policy at the intersection of health and poverty. She is using a novel source of all-payer claims data merged with state administrative data on family income to compare Medicaid and Affordable Care Act Marketplace coverage on access to healthcare, quality of care, and costs to individuals and society. In another study, Dr. Allen is examining potential health impacts in the Paycheck Plus demonstration project, an experimental evaluation of providing low-income single-adults with an income supplement similar to the Earned Income Tax Credit (EITC). She is also studying the impact of Medicaid expansions on housing evictions.

In 2014 – 2015, Dr. Allen was an American Political Science Association Congressional Fellow in Health & Aging Policy. In 2017, she spoke at TEDMED on The Cost of Being Uninsured in America. Associate Professor Allen is a Standing Member of the NIH Health Disparities Equity Promotion (HDEP) Study Section (2018 – 2022), the Columbia University Just Societies Task Force, and the Close the Health Gap Committee of the Grand Challenges for Social Work. Dr. Allen was recently honored by the Society for Social Work and Research (SSWR) with the 2019 Social Policy Researcher Award for an Emerging Scholar. In 2021 Dr. Allen was appointed as a Commissioner of the Medicaid and CHIP Payment and Access Commission, a legislative branch agency that advises Congress, the states, and the Secretary of Health and Human Services on Medicaid and CHIP policy.